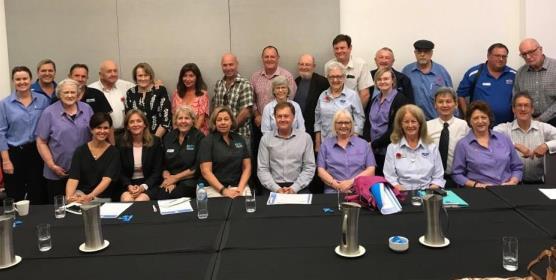 Almost 700 Australians died from Mesothelioma in 2018

At least 699 people died during 2018 from the aggressive cancer mesothelioma, which is predominantly caused by asbestos exposure, according to a new report released by the Australian Institute of Health and Welfare (AIHW).

The report, Mesothelioma in Australia 2018, also reveals that 662 new diagnoses of mesothelioma have been recorded for 2018, with the age of the people diagnosed ranging from 22 to 101 years.

‘Despite the use of all forms of asbestos being banned in Australia from 2004, hundreds of Australians are diagnosed with mesothelioma every year,’ said AIHW spokesperson Mr Justin Harvey.

‘Mesothelioma occurs in the mesothelium protective lining on the inside of body cavities and the outside of internal organs. Due to its aggressive nature, most cases of mesothelioma have a poor prognosis.’

As of May 1 this year, 699 mesothelioma deaths from 2018 had been recorded on the Australian Mesothelioma  Registry, which is managed by the AIHW.

‘The number of recorded mesothelioma diagnoses and deaths that occurred in 2018 are expected to increase as more notifications continue to be received by the registry.’ Mr Harvey said.

‘The ‘average’ Australian with mesothelioma was male, diagnosed at around 75 years of age, exposed to asbestos in occupational and non-occupational settings and lived for around 11 months after diagnosis.’

‘Of those participants, 93% were assessed as having possible or probable exposure to asbestos,’ Mr Harvey said.

Australia’s consumption of asbestos peaked at around 700,000 metric tonnes during 1970–1979. Asbestos was both mined and imported, and used in the construction industry due to its durability and fire and chemical resistance.

The import and use of asbestos and asbestos-containing products is prohibited in Australia, however a  large amount of asbestos still remains in the built environment.

The Australian Mesothelioma Registry is funded by Safe Work Australia.

To watch the 7.30 report story on the Adelaide decision, use this link

Mr Robson, who described the funding as critical, said without it the national strategic plan, education programs and the cooperation of the Department of Immigration and Border Protection would also be put in jeopardy.

“When it comes to the importation of building products, every trades person could face the possibility of being exposed without even knowing it, thinking the ban was completely in place and working,” Mr Robson said.

He said the funding that had been withheld came about due to a hiring freeze in the public service that delayed the agency’s set up.

“It makes me angry and it is upsetting because I don’t think the Minister is being told the truth,” he said.

“When the request went in for the money, which was already allocated, it was passed onto the Department of Education, Employment and Workplace Relations and they did not recommend it should be released and that is the problem,” he said.

“The agency’s strategy to eradicate deadly asbestos from millions of Australian homes, businesses and public buildings has now ground to a halt,” Senator Singh said.

Mould and asbestos has been found in parts of the hospital and workers are saying they have been exposed as a result of poor work practices.

A superior court judge has examined non-delegable duties of care in apportioning liability for a mesothelioma damages claim.

The electrician regularly performed asbestos lagging work in boiler rooms and service tunnels – where asbestos dust was "everywhere, floating around like snow" – while employed by Field and Hall Pty Ltd between 1964 and 1971.

In the contribution proceedings at hand, Field and Hall admitted it breached the non-delegable duty of care it owed the worker by negligently failing to take reasonable care to prevent him from being exposed to asbestos dust and fibres.

Justice Rush said that in the context of this case, the non-delegable duty of care owed by Field and Hall "means that it cannot be relieved of its obligation to take reasonable care of the [worker] even though the [worker's] work was being undertaken in workplaces [Field and Hall] did not control".

He said there was no evidence to show Field and Hall assessed or considered the asbestos risks faced by employees, or sought to gather knowledge of the dangers of inhaling asbestos dust, in the 1960s.

"It is relevant to the assessment of [Field and Hall's] responsibility that the [worker's] employment extended over a period of time when the knowledge concerning the dangers of exposure to asbestos was rapidly increasing... [By] 1970 the dangers of asbestos causing mesothelioma was well known in Australia," he said.

He found the employer should have been aware of these regulations, which were "part of the regulatory framework highlighting precautions to be taken in the workplace where excessive levels of asbestos dust and fibre were generated".

Further, the employer should have been aware that in 1956, the Victorian Government Gazette declared working with asbestos a dangerous trade under the Health Act 1928.

But Justice Rush found Amaca and CSR had a "higher level of responsibility and culpability for their breach of the standard of care than" Field and Hall.

New Fears on Asbestos
YOUNG tradies are working at building sites with little or no knowledge about asbestos, putting themselves and others at risk of exposure to the deadly product... Read more...

Applications for compensation increased from 22 to 27 and was paid to 10 workers and three family members. Five of the 27 applicants were pending decisions at the end of the financial year. Of the 13 successful applications, eight related to mesothelioma, three to asbestosis and two to lung cancer.

Eight of the accepted claims related to labourers, two to plumbers and one each to a fitter and turner, a builder and an electrician.

Simon Cocker, President of the AFTF, welcomed the support of Unions Tas today in rolling out the Asbestos at Work package though its network. Read more…

A successful partnership between AFTF and TasBuild has resulted in the release of a high quality information package being offered to TasBuild members. Read more…..

A significant breakthrough for Tasmanians who suffer with asbestos related diseases has been made today in the Tasmanian Parliament. Read more.....

Asbestos Free Tasmania CEO Susan Wallace welcomed today’s announcement by Minister Bill Shorten that the Federal Government will create a new asbestos agency to work with all levels of government to develop a national strategy to remove asbestos from the built environment and increase asbestos awareness and education.

Ms Wallace is attending the Second National Asbestos summit in Sydney, convened to examine the recommendations of the Asbestos Management Revue, delivered to the Federal Government in July.

“Australia has the highest recorded rate of asbestos related deaths from the dreadful cancer mesothelioma, 600 to 700 per year. Medical experts estimate approximately two cases of lung cancer for ever incidence of mesothelioma so the real yearly death toll is probably twice that.”

“Now we are seeing a new wave of these preventable diseases from people exposed to asbestos, largely in ignorance, through the home renovation boom.”

Ms Wallace acknowledged that removing asbestos safely from our built environment is a massive task that requires Federal Government support and a considered national strategy:

“Tasmania is doing some great work in this area working towards greater public awareness of asbestos, improved education and the development of a prioritised removal policy. However this issue is beyond any one level of government and a national strategy and a bipartisan approach can make a real difference.” Click here to read more.

Ms Wallace said these amendments will assist in delivering a fairer, less complex and less costly legal process for those with asbestos-related disease. Click here to read more.

Mrs Ronda Kirkpatrick is a pensioner who lives in her own home in Somerset Tasmania. The asbestos roof on her home is so badly degraded that she can pull handfuls of broken-down asbestos cement out of her gutters. This “muck” as she describes it is 20% to 40% loose chrysotile asbestos. She has brought a carefully sealed and labelled bag of this material all the way from Somerset to Hobart to show to Mr Geoff Fary, Chairman of the National Asbestos Management Review.

Today, accompanied by the CEO and President of the Asbestos Free Tasmania Foundation, Mrs Kirkpatrick will meet Mr Fary who is in Hobart on a last round of consultations for the National Asbestos Review. Mrs Kirkpatrick will plead the case for support to be provided to low income earners, trapped in houses that have degraded asbestos products who cannot afford to have the asbestos removed.

Asbestos Free Tasmania Foundation receives calls on a weekly basis from home owners and tenants worried about asbestos in their properties, or their neighbours’ properties. Click here to read more.

A Landmark for Asbestos Disease Sufferers with Work-Related Diseases - 20/09/11 - he Asbestos Free Tasmania Foundation today congratulated the Government and both houses of the Tasmanian Parliament for the passing of legislation to establish Tasmania’s first asbestos diseases compensation scheme. Click here to read more.

Home Renovators Should Visit the new Asbestos Website -24/8/11 - The Asbestos Free Tasmania Foundation welcomed today’s launch of the official State Government asbestos website and urged anyone considering a home renovation to visit the site as a matter of high priority. Click here to read more.

Killing Time: A new drama series "Killing Time" focusing on the James Hardie asbestos trail of diaster is in the pipeline for 2011. Click here to read more.

Asbestos and the Home Renovator - Beware: Asbestos induced cancer is the worst industrial disaster in the world and will kill more people than Bhopal and Chernobyl. Click here for more information on the program "Dust to Dust" that was screened on Channel 7 on 20 June 2010 about this fresh asbestos epidemic.

Asbestos Under Our Carpet: The ABC's 7.30 Report ran an item on 24 August 2009 relating to the use of sacks to transport asbestos by James Hardie. These sacks were then recycled to create carpet underlay. There is no way to thoroughly remove asbestos fibres, therefore home renovators are putting themselves at risk of asbestos exposure simply by pulling up old carpet. The transcript can be read here.

Asbestos Mining Likely to Recommence in Canada: The mining town of Asbestos in Quebec is planning to recommence mining of asbestos even though data from the World Health Organisation estimates that 90,00 deaths a year worldwide are caused by asbestos. Click here to read more.