Download your free copy today or find a copy in Bunnings, K&D Warehouse or Most Mitre 10 stores. 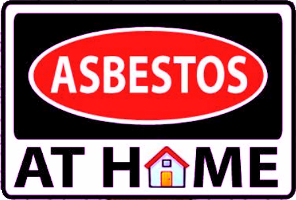 A new information booklet targeting home renovators and small builders has been launched by the Asbestos Free Tasmania Foundation (AFTF).

“The presence of asbestos in a home poses potential significant health risks for DIY enthusiasts and smaller builders who may not be aware of the precautions required when removing it and disposing of it,” he said.

“I doubt there would be anyone in the Tasmanian community today unaware of the thousands of workers who have died because they were exposed to asbestos during its manufacture.

“Trades people who worked with materials that contain it were also impacted.”

There are significant risks associated with improper removal of asbestos.

Inhaling asbestos fibres can cause serious diseases like asbestosis, mesothelioma and lung cancer.

Mr Cocker said now there were stories about the “third wave” of people, generally DIY enthusiasts, who were becoming ill or dying following exposure to asbestos.

“DIY and home improvements is a growing industry, and we want to see Tasmanian home renovators and their families safe and protected from the dangers of asbestos,” he said.

“The simple message is be safe, be prepared, and let’s eradicate asbestos wherever possible, for the future safety of all Tasmanians.”

The AFTF booklet is available from all Bunnings and K&D stores and selected Mitre 10 stores.

The Asbestos Free Tasmania Foundation welcomed today’s launch of the official State Government asbestos website and urged anyone considering a home renovation to visit the site as a matter of high priority.

“Too many home renovators don’t consider asbestos to be an issue until it’s too late.”

“The last thing we want is people taking sledge hammers and saws to asbestos products.”

“This website provides an excellent resource for home renovators and tradespeople to see just how many asbestos products there are likely to be in homes built from the 1940s through to the mid 1990’s.”

“We condemn in the strongest terms any television show that encourages a ‘gung ho’ approach to renovation.”

“It’s important to stop, think and plan.  Consider where asbestos might be in your home and get it professionally assessed.”

“We are starting to see a second wave of disease related to home renovation and we must ensure that everyone in the community is aware of the dangers of inhaling asbestos fibres and knows how to keep themselves safe,” said Ms Wallace.

This web address has been changed and is now: https://www.worksafe.tas.gov.au/safety/safety_subjects/subject/asbestos_safety